ACTION HEROINES
The Squadron edition of THE PERILS OF PAULINE is by far the most comprehensive
and highest quality of the serial in existence. Newly transferred and scored, it
includes copious extras detailing information about lost episodes and other
films and serials inspired by the great "original." 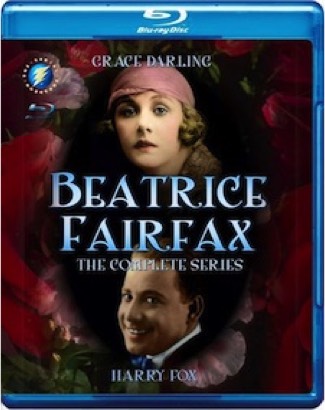 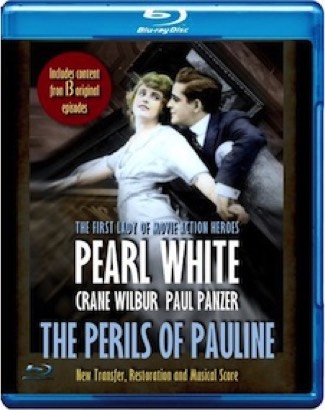 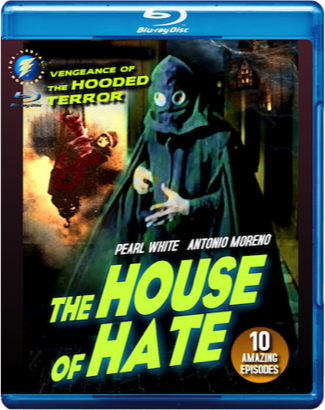 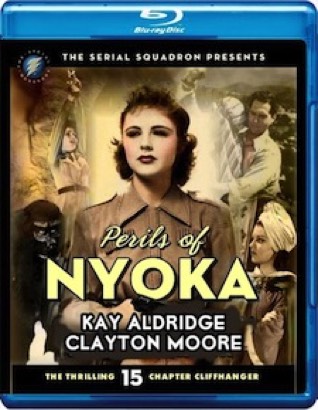 THE ORIGINAL, REMASTERED
AND WITH A NEW MUSICAL SCORE

Pauline's adoptive father dies and leaves his sizable fortune in the hands of Owen, a con man who will control it until such time as she is married. Pauline denies a proposal from handsome Harry Marvin because she wants to spend a year adventuring. Owen and his blackmailer decide that if Pauline were made to disappear they'd make out like bandits. So guess happens to Pauline? Answer: anything and everything Owen and his scheming confederate can arrange to try to do her in.

Re-translated with intertitles that make sense and use correct character names from the original US release, stabilized, and newly scored for a fresh and new experience with this groundbreaking and important series.

Contains content from 13 original episodes, an Episode Guide covering content from lost episodes, and "The Perils of Pauline Phenomenon," a mini-documentary and collection of spinoffs, remakes and spoofs of the serial.

The original advice-to-the-lovelorn reporter and her comical and clever friend Jimmy Barton investigate unusual situations brought to their attention by letters written to the Evening Standard newspaper. Filmed in Ithaca, New York
Influenced by: The Active Life of Dolly of the Dailies serial
Influenced: Perils of Our Girl Reporters, possibly Lois Lane and Jimmy Olsen in Superman stories

View Online Video: Episode 2: The Adventure of the Jealous Wife

This title is also available as a Hybrid Blu-Ray